Search the Library Catalog for Books, Journals, and More … 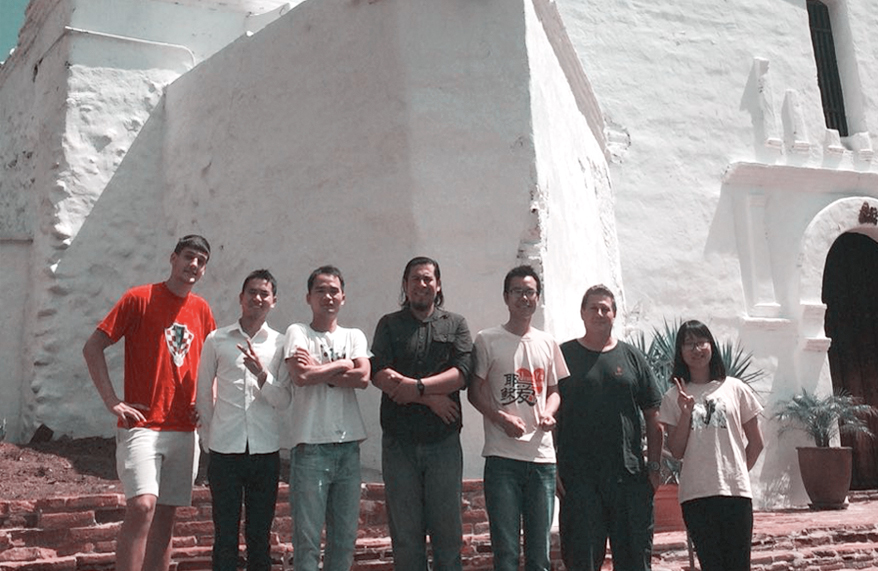 Students from the Olivet School of Engineering & Architecture (OSEA) embarked on a San Diego, CA trip to research the city's historical architectural sites.

One of the most memorable ways to do research on an architect is seeing their work in person. During the trip, OSEA students examined the works of architects such as William Pereira, Louis Kahn, Irving Gill, Hebbard Firm, and Rob Wellington Quigley.

Students also visited The Old Scripps Building designed by architect Irving Gill. Gill was a proponent of Modernist architecture and applied reinforced concrete construction methods into the building's structure. The building was built on a terrace 15 feet above the Pacific coast shore.

Another site was the 1813 church, San Diego de Alcalá. It was considered as one of the frst sites of California Missions and the birthplace of Christianity on the United State's west coast. The building contains characteristics from the Mother country of Spain as it was rebuilt in 1931 under architects J.E. Loveless and J. Marshall Miller. Today, the site serves as an active Catholic church and a tourist attraction for thousands of people each year.

"The most impressive part of the field trip was the visit to Balboa Park in San Diego," said Angela Wang, an architecture student enrolled in the course.

"I was able to see a variety of classical architectural styles and learned new things even though I visited the site earlier. I look forward to study classical design in depth and apply the same in my future projects," reflected Wang.

OSEA courses are encouraging students to examine existing architectural structures and learn from them, especially from prominent masters in the field.

Once a Library patron selects desired materials, he or she proceeds to check out these selections by submitting ...

The library has a rich collection of online information resources to support your academic research including ...

Donating to the Library

Gifts of books, materials and journals provide critical enhancements to the Library collections.